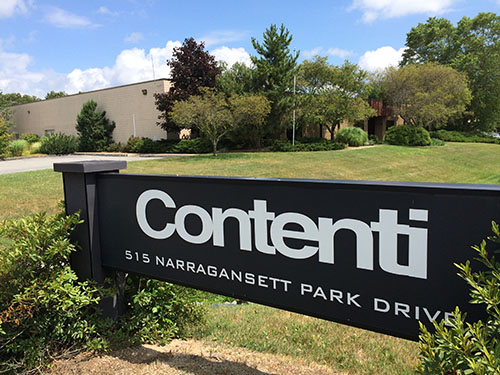 The Contenti Company is a family-owned business that has been fulfilling the tool and equipment needs of metalsmiths for more than 50 years. Throughout its history, Contenti has remained faithful to its commitment to provide you with quality tools in all price ranges and every skill level. If you seek a hard-to-find tool, you are likely to find it here at a price you can afford and in the quantities you need. Contenti is also committed to providing the most courteous and professional customer service. The product descriptions you will read on this website are highly detailed to help you in selecting the products that best suit your requirements.

The Contenti Company was founded in 1967 by Louis W. Contenti (1904-1997) in the city he was born, Providence Rhode Island. Originally named Contenti Supply, Inc., the company began business as a distributor of tin-based alloys and pewter sheet metal used in the manufacture of fashion jewelry. In the following decade, the company began distributing Spincasting supplies including rubber molding materials, hand tools, casting utensils, casting machines, vulcanizers, and soft metal melting furnaces. In the 1980's, Contenti's product line expanded to include investment casting supplies along with a vast array of precision hand tools. In 1981, the company introduced Moldex, the first silicone rubber to be used in the production of wax patterns. Since that time, this practice has spread around the world.

Over time, the company also grew through a series of acquisitions, the most important of which was the purchase in 2000 of the Frank Pertot Co. of New York, NY and its subsidiary, Lee Casting Supply of Pawtucket, RI. In the 1930's, Mr. Pertot invented the process of injecting molten wax under pressure into heat-vulcanized rubber molds to produce wax patterns used in jewelry investment casting. His company was better known as one of the most important distributors and manufacturers of Spincasting equipment and supplies in America.

Continued growth has brought with it an ever increasing need for more space. Since 1967, the company moved 4 times until it purchased, in 2007, a 36,000 square foot distribution facility situated on 3 acres of land in the Narragansett Industrial Park in Pawtucket, RI. This spacious and modern structure permits the company to continue its expansion while allowing it to serve your needs more efficiently.