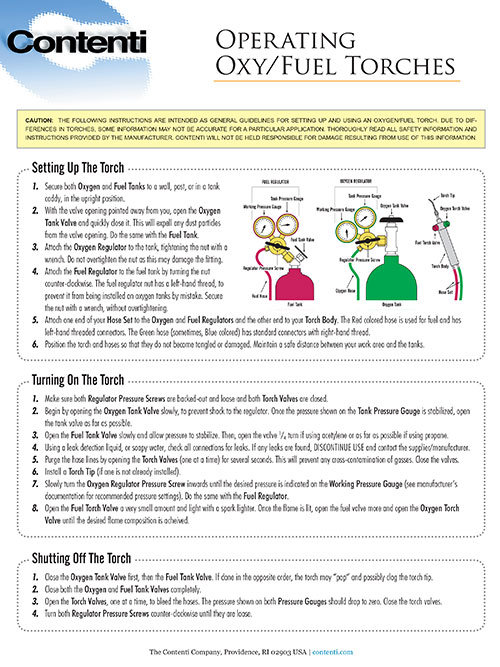 Complete instructions for setting up a propane, acetylene or other gas torch for soldering, casting and other jewelry operations. Covers set up, safe operation, and the proper way to turn off your torch. Download a pdf of Operating Oxy/Fuel Torches. You can also read a text description of this information below.

CAUTION: The following instructions are intended as general guidelines for setting up and using an oxygen/fuel torch. due to differences in torches, some information may not be accurate for a particular application. thoroughly read all safety information and instructions provided by the manufacturer. Contenti will not be held responsible for damage resulting from use of this information.

Setting Up The Torch

Turning On The Torch

Shutting Off The Torch